Tai Chi Vienna has many faces. We are happy that you want to get to know ours better.

Our courses are led by the ITCCA teaching assistants and founders Bettina Trost and Georg Pfolz. From time to time the courses are also held by our assistants who attend our training program.

May we introduce ourselves? 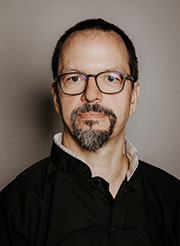 Tai Chi harmoniously combines my interest in martial arts with my interest in meditation and spirituality. My early experiences with fighting were not characterized by aggression and fear, but allowed me to enter a state of stillness and quiet attention, which was not accessible to me for a long time through any forms of meditation.

In the Asian martial arts I hoped for answers, I had first contacts as a child with Judo. In Paris I discovered the Original Yang Style already in 1988, but in the course of time I tried other styles in parallel, among them Tae Kwon Do, Wing Chun (WT) and Hsing I.

Only the special energetic instructions of the Original Yang Style gave me access to this stillness and inner power again. 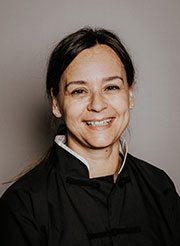 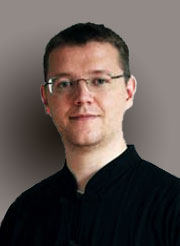 I found Tai Chi Chuan in 2009 through back pain. The exercises and movements led to a relatively quick recovery. Since then, the curiosity about the Yang style and the philosophy behind it grew. In 2014 came the decision to take up a teaching training with Andreas Werner as well as Master Chu King Hung himself. A year later the first exam took place and since then I not only learned from Andreas, but also supported him in the Tai Chi School Innsbruck. At the end of 2016 there was a change of residence to Vienna and at the beginning of 2017 the lateral entry or the continuation of the training with Bettina Trost and Georg Pfolz in the Tai Chi Vienna School. 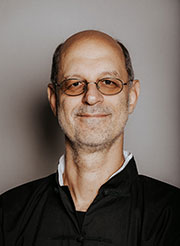 As a musician and programmer, I spend a lot of time sitting. A severe herniated disc made it necessary to create a balance. After I already had a long friendship with Georg and Bettina and they finally opened a school in Vienna in 2014, there was no excuse anymore. Since then, Tai Chi has been a part of my everyday life. Oh yes, no more disc problems! 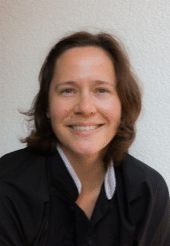 After the difficult birth and the subsequent hospitalisation of my son, I was physically and nervously quite battered. In my search for a movement system that would give me peace and strength, I came across the Tai Chi Vienna School. Since then I have been practising Tai Chi several times a week with great pleasure and find it a wonderful exercise system for busy and full-time mothers. Tai Chi gives me lightness paired with stability and gives me energy for my everyday life. My whole family benefits from this as well 🙂 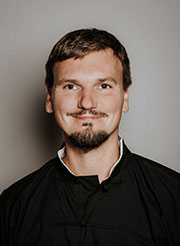 The saying "Tai Chi - Meditation in motion" interested me and led me to Tai Chi Chuan. The lessons with Bettina and Georg fascinated me and did not let me go.